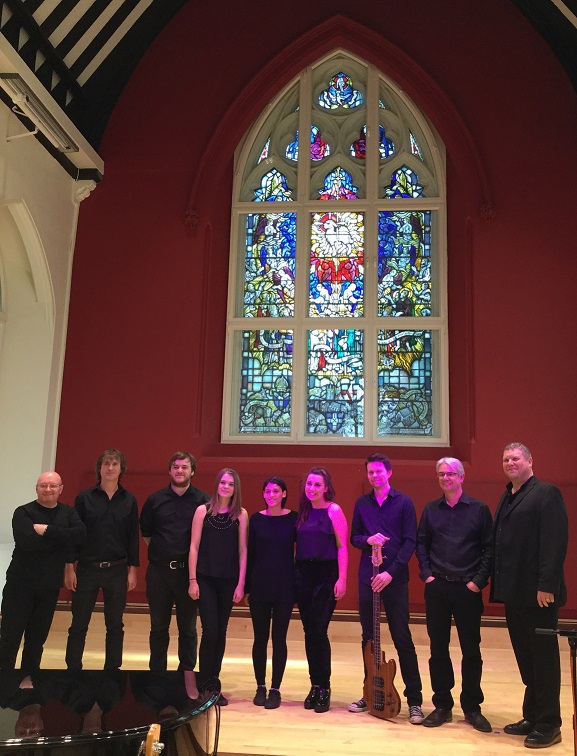 Part of the programme for our Canterbury Festival Fortnight

On Wednesday 26th October, St Gregory’s Centre for Music enjoyed the largest audience so far in this academic year for an hour of commercial music with pop, rock, jazz and blues classics played acoustically thanks to the wonderful staff members from our Broadstairs campus.

The band comprised of four instrumental tutors, a principal lecturer and four students adding to the vocals. These were: James Dean – professional musician, arranger and subject lead for the suite of programmes available at our Broadstairs campus, including Commercial Music, Creative Music Technology and the Music production programmes –on guitar. Lawrie Bolton – professional musician, teacher and songwriter for successful artists both here and abroad – on piano. Steve Rickwood –  freelance musician and lecturer who has toured with bands across the world –on bass. Simon Foster – teacher, performer and director with experience in numerous musical groups and in live production management for major music events – on vocals. And finally, Jason McCluskey – one of Kent’s best rock percussionists and instrumental tutors – on the drum kit. In addition, the Commercial Music L6 students (in their third year) adding to their performance experience were Charlotte Mcphail, Jenny Farmer, Lauren Newane and James Ganney. In addition, four L5 students (second year) students were present, gaining valuable experience providing technical assistance, under the watchful eye of professionals Kevin King and Sean Hammond. George Ephgrave and Lily Sjosvard were responsible for the lighting deck and controlling the sound production of the performance were Clarice Guirau and Beth Stafford.

After a short introduction from Director of Music, David Allinson, the performers entered the stage. First in the programme was one of two Sting songs – Mad About You – and from the opening bar it is wholly evident that the group are a well-practiced, confident and composed outfit, as if it was ever in doubt. The second song by Marc Cohn, best known for Walking in Memphis, was entitled Saving the Best for Last. Simon introduced the song impishly as “the most positive song you’ll ever hear about death” and gave Lawrie the chance to shine with gliding solo improvisations across the piano keys.  Next up was a Steely Dan B-Side with an interesting lyric, Black Cow, theories on the meaning of which range from a troubled relationship to an ode to Hindu culture. Simon, his vocals hitherto silky smooth and soulful, took a break from the limelight for the following song, allowing one of the students – Charlotte – to take centre stage. 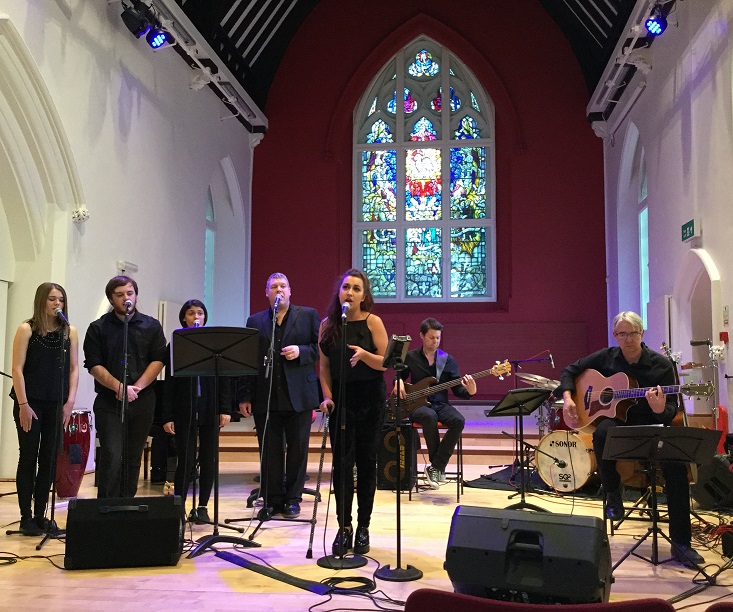 She sang lead vocal on In the Thick of It, by Brenda Russell, who was principally a songwriter. It was a commanding performance by Charlotte, who if indeed she was nervous it did not show. She sang with a clear and powerful voice, and looked a natural standing alongside the band. As Charlotte exited the stage to return to backing vocals, the band introduced the next song as a reworking of the familiar I put a spell on you. Simon tells us that the original version by ‘Screamin’ Jay Hawkins exists on one end of the spectrum, Nina Simone’s somewhere in the middle, and the band’s bluesy rock variation somewhere at the other end. Wherever it sits, the sophisticated and sultry version performed to rousing applause in St Gregory’s was a welcome adaptation. As sumptuous riffs on the guitar by James Dean brought the song toward a close, the band did not pause as they had done on each of the others but instead launched seamlessly straight into their second Sting offering, I Was Brought to my Senses, a lesser known but beautiful album track from 1996’s Mercury Falling. At the conclusion of this song, sadly with time growing short the band was forced to omit Neon by John Mayer from the programme, no doubt to the disappointment of many audience members, like myself, who are fans of the American singer-songwriter. However, spectators were not disappointed for long as the group began a percussion filled version of Boy in the Bubble by Paul Simon. This track emerged from the artist’s Graceland period and, as stated in the introduction by the band, highlighted the many virtues and talents of bassist, Steve Rickwood. Throughout the first verse, the music for the song was provided only by Steve through complex bass fingerings and vocalist Simon, but yet seemed as full musically as any other in the programme. Thereafter, the rest of the group joined in, particularly in a percussive capacity, with pianist Lawrie playing bongos throughout. Even as the song spiralled towards its end, even James Dean turned his guitar upwards onto his lap and took to creating percussion on the body of the instrument.

The concert ended to multiple rounds of applause and appreciation for the musicians; the performance a huge advocate for the Commercial Music programme at Broadstairs.

The programme, of which all the staff and students who performed are a part, is designed for creative students wishing to develop their performance and/or sound production skills to a high level. Students undertake a broad and comprehensive programme of studies with the opportunity to specialise in Performance or Sound Production.

The programme focuses predominantly on popular music styles, with particular emphasis on the composition, performance and production of music for commercial application enabling each student to develop their individual creative and technical abilities, while furthering the creative interchange between performers and producers through the process of composition and arranging. The programme aims to motivate students to study the social significance of music as a cultural practice, and to gain an awareness and understanding of the breadth of activity encompassed within the music industry.

The programme is delivered within the specialist facilities of the Broadstairs campus which include performance and practice facilities, recording studios and a computer music suite. In addition, students have the opportunity to work with our in-house record label C3U Records [c3urecords.co.uk] and have visiting lectures from professionals working in the music industry. 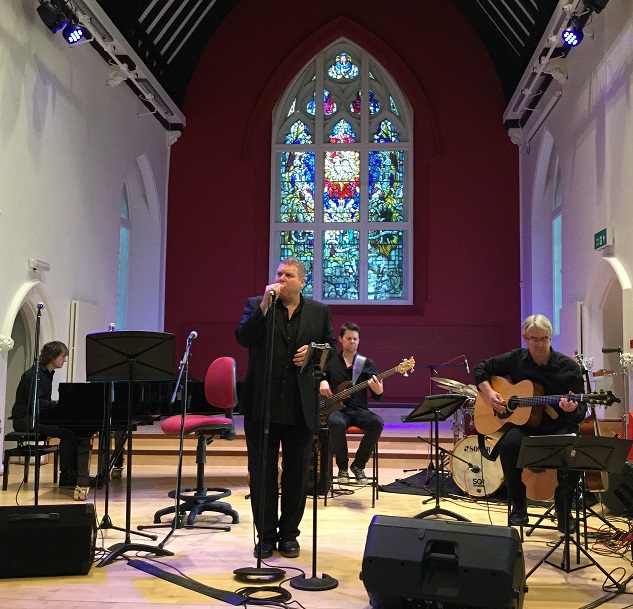