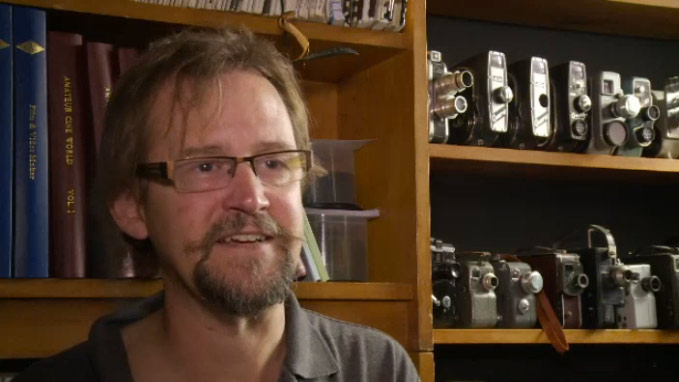 This is a practice-based research project that focuses upon the five amateur films produced between 1957 and 1962 by Peter Watkins and Playcraft, a Canterbury-based amateur drama group. These amateur films proved to be vital in the development of Peter’s directorial approach, use of historical reconstruction and newsreel style, which would later feature in his Academy Award winning film, The War Game. The presentation will feature the world premiere of a documentary titled Peter Watkins and the Playcraft Film Unit. The documentary provides a unique insight into the making of Peter’s amateur films and his early development as a filmmaker.

Tim Jones, Senior Lecturer in Film, won a Hollywood International Independent Documentary Award for his documentary short, Seeking Sydney, about the Canterbury-based filmmaker Sidney Bligh. Over the past few years, Tim has been carrying out research on amateur film-making in the local area and has discovered a number of collections of films showing the Canterbury district in the 1920s and 1930s. He explains “This is an area of research that has been barely touched. I believe it’s important to record and collect as much information as I can about the early history of amateur cine while this is still possible.” Tim gives regular screenings of the films that he has unearthed to the local community.