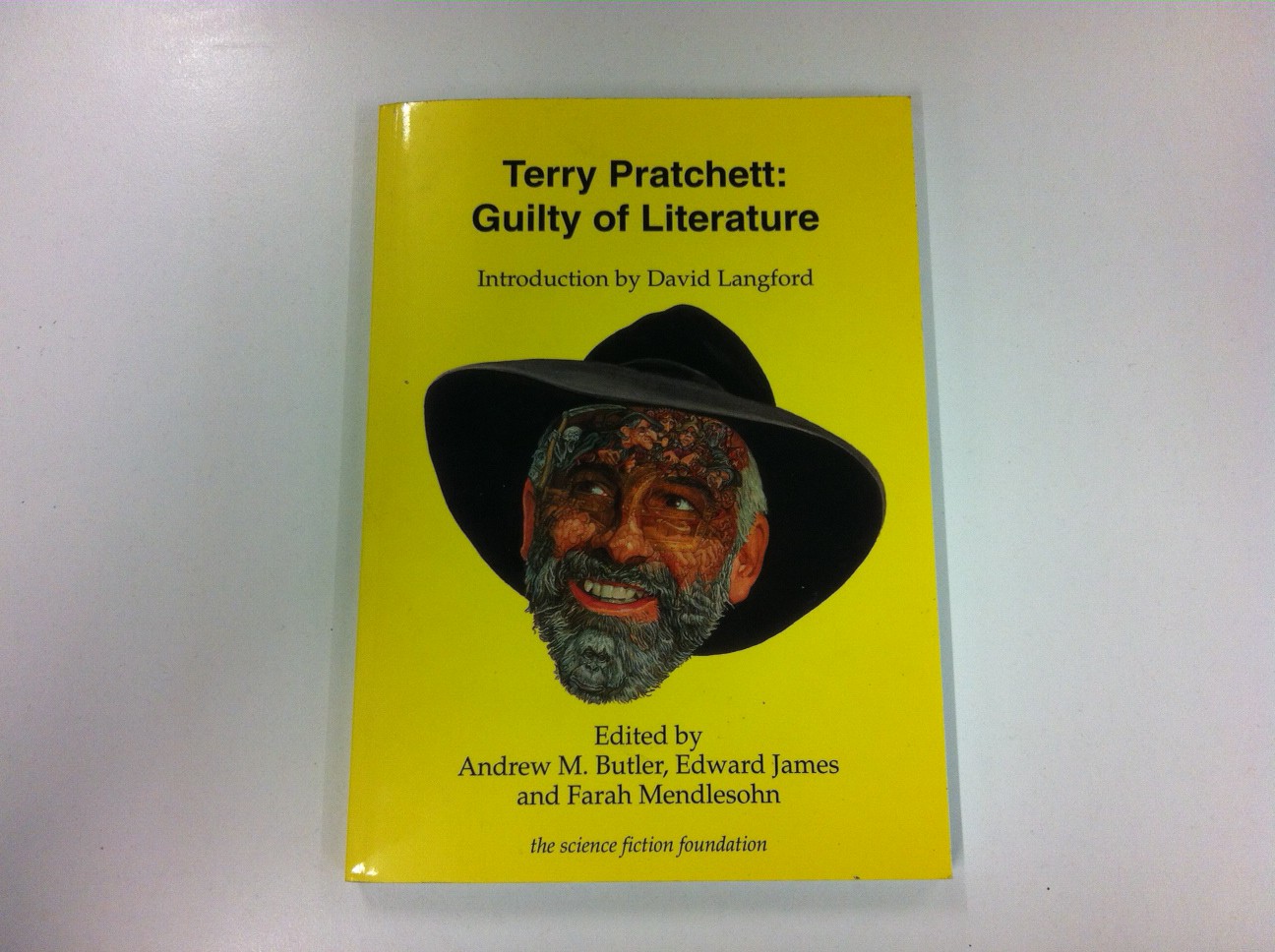 Dr Andrew M. Butler, one of the first academics to write about Terry Pratchett, is to deliver one of three keynote addresses at a Dublin symposium devoted to the works of the popular comic fantasy authors.

To be held at Business School Building (First Floor), Dublin City University, Glasnevin, Dublin on 28 May 2016, “Reading and Writing in a Participative Culture: A Symposium on the Life and Work of Terry Pratchett” is an event that will include papers on Pratchett’s adult, young adult and children’s fiction. Joining him in delivering keynotes will be Professor (Emeritus) Edward James (University College Dublin) and Professor Farah Mendlesohn (Anglia Ruskin University), with whom he coedited the Hugo-Award nominated essay collection Terry Pratchett: Guilty of Literature in 2000 and a second, revised and expanded, edition in 2004. He also wrote the Pocket Essential Terry Pratchett (2001) and edited An Unofficial Companion to the Novels of Terry Pratchett (2007).

“Terry Pratchett wasn’t taken seriously by the literary establishment in the mid-1990s when I first had an article published on him,” Dr Butler recalls. “He wrote fantasy, he was funny and — perhaps worst of all — he was popular. I think that’s precisely why he should be taken seriously. I was at a conference about the ideas of Mikhail Bakhtin, carnival and death and it suddenly struck me that they should really be talking about Pratchett. Death was one of his most popular recurring characters.”

Dr Butler’s keynote, “The Buckinghamshire Shaman”, revisits some of the ideas he explored in his first article. “I was trying to find out what made him funny and why that’s important,” Andrew explains. “Reading Pratchett led me to Bakhtin’s ideas on comedy, and that still feeds into my teaching today.”

When Sir Terry Pratchett died on 12 March 12 2015, from a chest infection caused by early-onset Alzheimer’s disease, Andrew was asked to write an obituary for the Los Angeles Review of Books. “It was still a shock, even though we’d known he’d die too soon. But I’m grateful for scores of titles he left us with.”

For more details see here and to attend see here