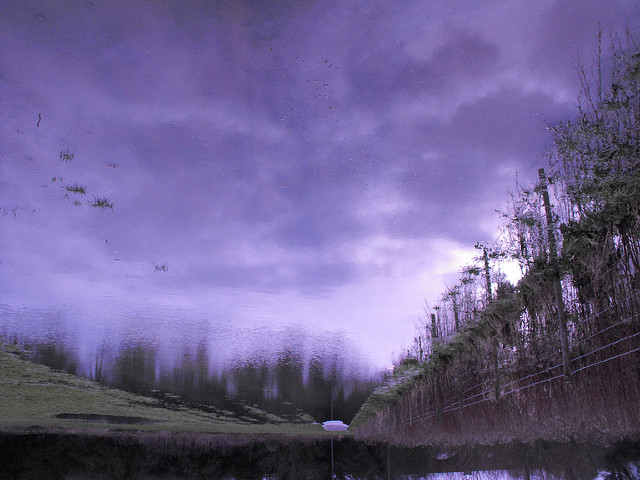 Ideas of nation and politics of self-determination have long dominated representations of the Palestinian-Israel conflict, to the extent that “the conflict is understood primarily as a clash between ‘narratives’” (Anna Bernard) – a clash which artists, writers and filmmakers are frequently expected to negotiate. Utilising what she describes as the “odd mix of nostalgia and accomplishment” which science fiction affords, Larissa Sansour creates and interrogates narrations of the nation in Palestine and Israel through film, photography and installation. Sansour’s dystopian visions reinvigorate long-standing questions of identity and belonging in the context of conflict and displacement in Palestine.

Sinéad Murphy is a third-year PhD candidate in the Department of Comparative Literature in King’s College, London. Her research is an AHRC LAHP-funded project on contemporary Arab speculative fiction in English. She completed her BA and MA degrees in University College Dublin, Ireland. She is the administrator for the Kings Fantastic Talks series, and the co-organiser of the Department of Comparative Literature 2016 PGR conference, Seeking Refuge (http://seekingrefugekcl.com/). Her primary research interests include science and speculative fiction, contemporary Middle Eastern literature, postcolonial theory, and theories of comparative and world literature.