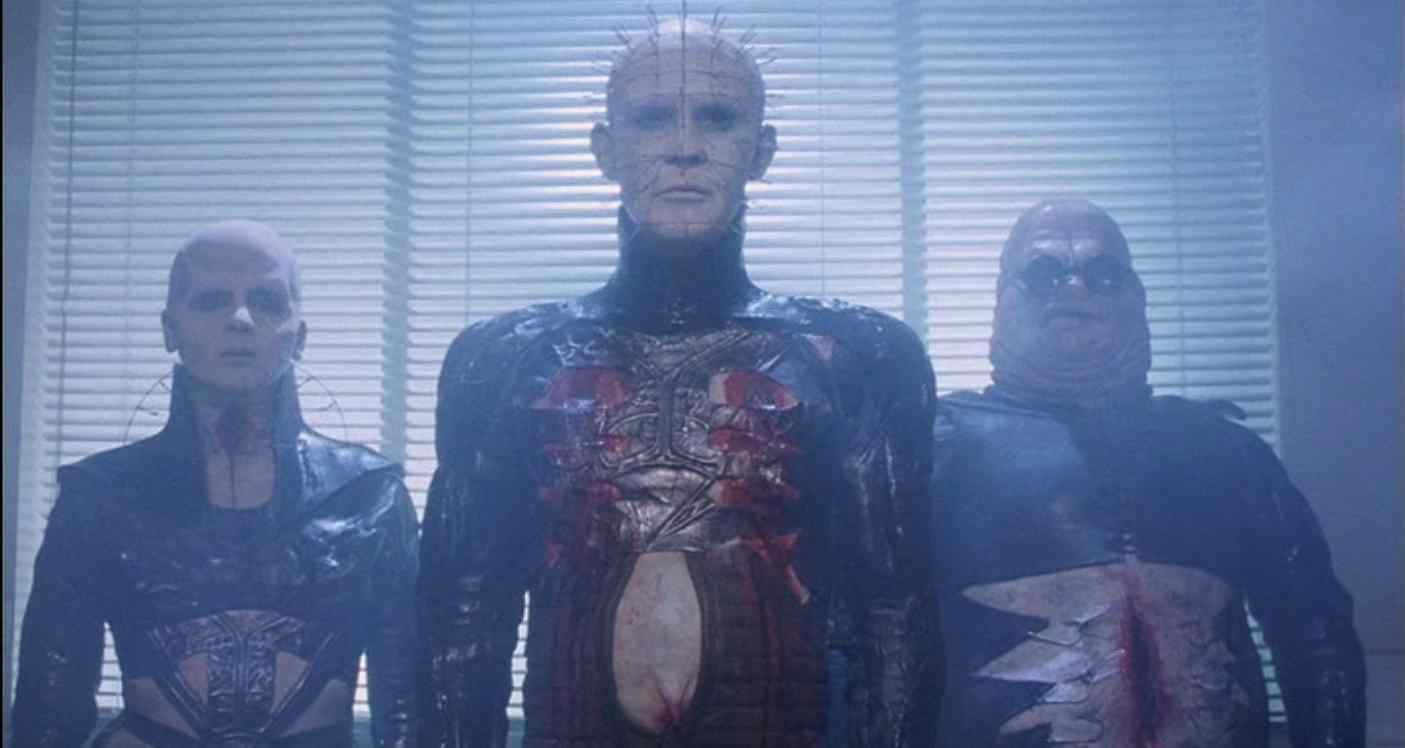 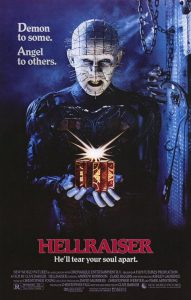 This year is the 30th anniversary of the release of Clive Barker’s British horror film Hellraiser. Barker’s directorial debut was an adaptation of his own novella The Hellbound Heart, and the film led to multiple sequels (currently nine), with a reboot currently in development.

For me, the beauty of Hellraiser is in its dream/nightmare like construction, which goes beyond transparent shifts between ‘reality’ and ‘dream’, as is typical of other horror films that rely on the bleeding between these different realms (such as Nightmare on Elm Street [Wes Craven, 1984]). Instead, the supposedly real world sequences are structured according to nightmare logic, so the entire film seems like it is taking place in an alternate dimension. By operating under a different set of logical rules, Hellraiser becomes the closest British equivalent to the illogical European hell/earth portal horror movies such as Inferno (Dario Argento, 1980) and The Beyond (Lucio Fulci, 1981).

This effect is chiefly achieved through Barker’s editing strategy. He repeatedly cuts into scenes with incongruous shots from other locations, creates some scenes almost entirely out of close ups, drifts between time frames and settings, begins scenes midway through with no establishing shots, and provides little to no explanation for events.
Odd details warp our understanding of the ‘everyday’ sequences – most of the cast have unexplained American accents despite it being clearly shot and set in Britain, rooms change shape and size as a result of filming both on location and sound stages, Benedictine nuns roam the streets, high street pet shops sell chimpanzees and pythons (this may have been possible in the 1980s but seems strange now), and there is the tramp that eats crickets. The iconic Pinhead even delivers his ‘tear your soul apart speech’ in front of a venetian blind.

The sheer marvelousness of all this cannot be overstated. Nor should its artistry be undervalued. Barker’s work behind the camera sets up a twisted universe where the Cenobites, of which Pinhead is the most prominent, would achieve their narrative and aesthetic dominance (both within the films and in the cultures which surround the series). Without the film being constructed in such a highly fragmented and unusual manner, the Cenobites would appear as aberrations, entering into a ‘normal’ reality, instead of being natural elements in the internal logic of the Hellraiser universe.

The Cenobites are such incredibly original creations that there is pleasure to be gained from each of the sequels, but the first film is the only one which touches genius, made by someone who truly understands the genre.