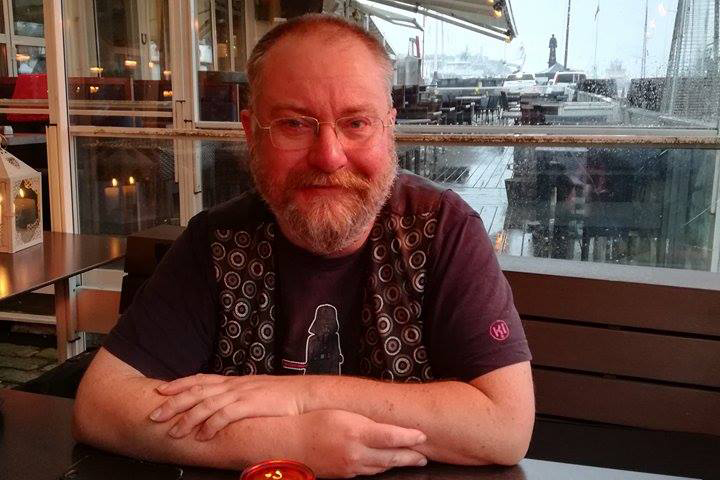 Dr Andrew M. Butler will be taking part in a post-film discussion of Chavalier (Athina Rachel Tsangari, 2015) at Trinity, Tunbridge Wells, on 27 September 2016 at 8.00pm.

A Greek film about six competitive men on a fishing trip aboard a luxury yacht in the middle of the Aegean Sea, Chavalier is a dark comedy about masculinity. Butler will be joining Sam Marlow to discuss the history, influence and relevance of dark comedic films and their importance to our society in the bar after the screening.

Sam Marlow is a writer, director and producer who works on feature films, shorts, web series, stage and page. He owns and runs a number of small production companies and is the Artistic Director of the Electric Lantern Festival, a week-long film and video festival that takes place in Tunbridge Wells, Kent.

Andrew M. Butler, senior lecturer in the School of Media Art and Design at Canterbury Christ Church University, is author of Solar Flares: Science Fiction in the 1970s (2011), Eternal Sunshine of the Spotless Mind (2014), “Human Subjects/Alien Objects? Abjection and the Constructions of Race and Racism in District 9” in Alien Imaginations (2015), “Sleeping/Waking: Politicizing the Sublime in Science Fiction Film Special Effects” in Endangering Science Fiction Film (2015), as well as books on Philip K. Dick, Cyberpunk, Terry Pratchett, Postmodernism and Film Studies. He is coeditor of Extrapolation. He is the non-voting chair of judges for the Arthur C. Clarke Award. In his spare time, he investigates real ale and collects shiny trousers.

Tickets for the screening are available here.