One of the greatest scientific breakthroughs of the 20th Century was the discovery of the structure of the molecule that our genes are made of – DNA –  often called ‘the foundation of life’.  The people most closely associated with this wonderful achievement were two men: Francis Crick and James Watson, plus their research colleagues.  However, one woman also contributed hugely to this discovery, but she has been almost airbrushed out over time.  It is only relatively recently that her work has been acknowledged and recognised.

Rosalind Franklin was born in London in 1920 to affluent Jewish parents who later helped bring refugees over to the UK to escape the Nazis.  She was the second of five siblings and her childhood environment was one of learning, discussion and liberal values.  Her wider family network comprised influential individuals who were involved with women’s suffrage and trades unions.  She was a gifted scholar and keen sportswoman and went to St Pauls’ School in London, which then was one of the few girls’ schools to teach chemistry and physics.  In 1938, she went to Newnham College, Cambridge, to study chemistry and gained a research fellowship after graduating.  For Rosalind, this was an unhappy time, owing to the difficult behaviour of her supervisor and department head, so after a year she joined the British Coal Utilisation Research Association and her work there formed the basis of her PhD thesis, which was awarded in 1945.

In the early 1940s, she met a French refugee, Adrienne Weill, who had been a student of Marie Curie.  She not only helped Rosalind to improve her French, but was to become an important figure in her life.  When the war ended, Adrienne helped Rosalind join a research centre in Paris that was supported by the French government.  Her role there was to be part of the team that used X-Ray crystallography (1) and X-Ray diffraction (1) to study coal and other substances.  The papers that she wrote during this time are still referenced today and enabled her to become noticed internationally.  However, she became intent on returning to Britain to work and by the beginning of 1951, she had secured a research fellowship at King’s College, London.

Rosalind’s department leader there, John Randall, decided to focus her work on the study of DNA fibres and assigned a PhD student, Raymond Gosling, to assist her.  The experience she had previously gained in Paris proved invaluable as she was able to apply her expertise in X-Ray crystallography.  However, there were professional tensions between Rosalind and her colleague, Maurice Wilkins, who had previously been working with Gosling on DNA.  It seems that the research work of that faculty in King’s experienced many arguments and conflicts during the 1950s, partly due to differences in personality and approach.

Despite this, however, Rosalind and Gosling found that there were two forms of DNA, which Rosalind named ‘A’ and ‘B’.  To avoid further problems, Randall divided the next stage of work between Wilkins and Rosalind and she selected the ‘A’ route.  From then on, communication between the two virtually dried up.  Whilst the working atmosphere in King’s was icy, a much more affable environment was evident in Cambridge where Crick and Watson were also working on X-Ray diffraction and crystallography.

During the early 1950s, it became apparent that both the A and B forms of DNA might be in the shape of a helix, although this was hard to prove.  The teams at King’s and in Cambridge were working on interpreting all the data collected from the different research strands over the years, including those made available from Linus Pauling.  He was working at the California Institute of Technology and who was awarded the Nobel Prize in Chemistry in 1954.  The aim was to develop molecular models for DNA and by 1953, progress was swift.

Rosalind, working with Gosling, had taken hundreds of diffraction photographs and one, Photo 51, was eventually shown to Watson.  To him, it showed clear evidence of a helix.  He later wrote in his book The Double Helix (2): ‘The instant I saw the picture my mouth fell open and my pulse began to race.’   It was this picture that enabled Wilkins, Crick and Watson to bring together all the research completed over the previous years and then build their model.

Rosalind had always been cautious about building models before she felt enough research had been carried out.  However, Crick and Watson finished building their model by March 1953 and published it the following month.  At the same time, Rosalind moved to Birkbeck College in London, but Randall insisted that the DNA work should remain at King’s.  She continued to act as PhD supervisor for Gosling, despite no longer working with him directly.  At Birkbeck, she concentrated her research on the RNA molecule (Ribonucleic Acid, which has a similar structure to DNA).

Rosalind was eager to move to Birkbeck as the atmosphere at King’s had become toxic for her, but knew she was joining a less well-equipped lab.  In one of her letters to Adrienne Weill in Paris she wrote, ‘As far as the lab is concerned, I shall be moving from a palace to the slums, but I’m sure I shall find Birkbeck pleasanter all the same.’ (3)

Owing to this research and allied work, Rosalind was invited to exhibit at the EXPO Fair in Brussels in 1958.  The year before, she and Birkbeck received a substantial grant from the US Public Health Service to research the polio virus, which was a great accolade for the university and for Rosalind herself.

Rosalind fell ill after one of her work trips to the US and was diagnosed with cancer.  Even though she was undergoing treatment for it, she continued with her research and, with her group at Birkbeck, published 13 academic papers in 1956 and 1957.  She was promoted to Research Associate in Biophysics in 1958, but sadly, she died of ovarian cancer and allied complications in April of that year.  It was conjectured that heavy exposure to X-Ray radiation may have contributed to her illness.

Rosalind was never nominated for a Nobel Prize but her work undoubtedly contributed massively to the discovery of the structure of DNA.  By the time she died, the research on DNA structure was not completed and it was another seven years before Crick, Watson and Wilkins had completed their work.  However, the Nobel Prize was awarded to the trio in 1962 for their work on nucleic acids and partly for their DNA work.  The Nobel prize rules prohibit posthumous awards, so Rosalind was not recognised for her contribution.  Subsequently, other scientists have agreed that her research was fundamental to these discoveries and her profile has been raised, albeit too late for her.

A play (4) about Rosalind Franklin’s career was put on in London in 2015 with Nicole Kidman playing the title role.

It was also recently announced that there is a joint European and Russian project to send a rover to Mars in 2020, due to land there in March 2021.  It will drill down two metres below ground to detect the presence of microbes.  It will be called the Rosalind Franklin Rover.  Her name lives on.

Rosalind Franklin : the dark lady of DNA by Brenda Maddox is available in Augustine House library. View listing in LibrarySearch.

The double helix : a personal account of the discovery of the structure of DNA by James D Watson is available in the Drill Hall library. View listing in LibrarySearch.

The documentary DNA: The Story of Life is available through Box of Broadcasts

An audio production of the play Photograph 51 is available through Digital Theatre Plus with Miriam Margolyes playing the role of Rosalind Franklin.

(1) X-Ray crystallography – this is a method of determining the atomic and molecular structure of crystals.  Crystalline atoms cause the beam of an X-Ray to diffract into different but specific directions.
(2) Watson, J. (1968) The Double Helix: a personal account of the discovery of the structure of DNA. London: Weidenfeld & Nicholson.
(3) Maddox, B. (2002) Rosalind Franklin: The Dark Lady of DNA.  London: HarperCollins.
(4) Photograph 51 by Anna Ziegler. 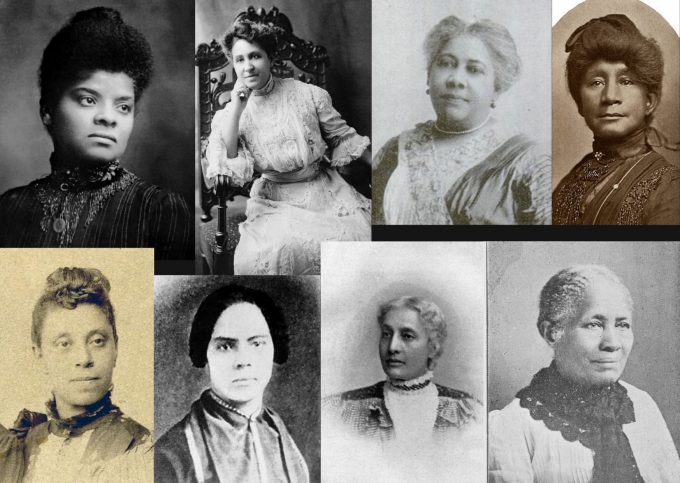