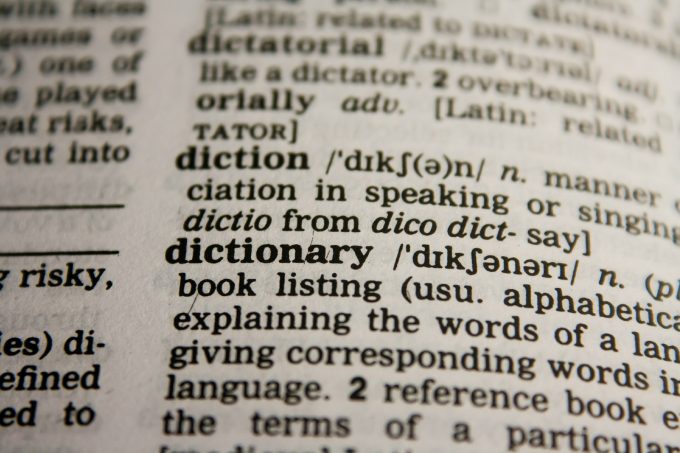 The Oxford English Dictionary (OED) is widely regarded as the accepted authority on the English language. It is an unsurpassed guide to the meaning, history, and pronunciation of 600,000 words— past and present—from across the English-speaking world.

Although just Googling the meaning of a word might seem simpler than looking it up in the Oxford English Dictionary, using an authoritative source has its advantages. If you have to cite the derivation of a word or describe its change of meaning over time, the OED is a much more credible source to use in your bibliography or footnote than one found in an online chat forum. That said, there are many freely available online dictionaries worth looking at such as Cambridge, Merriam-Webster and Collins if you just want a quick look-up.

Checking against more than source is also advisable. Is a kiwi a fruit, a flightless bird, a New Zealander, a soldier, a sportsman, a brand of boot polish or all of them? And which language does it derive from? The OED can answer this as well as give you examples of usage over time and in context.

The OED is also a live record of emerging language.  OED’s editors consider thousands of word suggestions every year, reviewing each and every one. Words that have not yet accumulated enough evidence for permanent record in the OED remain on the watch list for continued monitoring, while suggestions for words with sufficiently sustained and widespread use are assigned to an editor. Watch this interactive graphic on how OMG entered the English language. (It may just surprise you!)

Where can I find it?

For a basic look up its fairly easy to use, so sometimes some of the cooler features can get overlooked. The words of the day are particularly fun, particularly to use in classes. You can subscribe to the OED Twitter feed to receive a daily word @OED or read them in the right-hand pane of the search page. You can also see recently published words, so you can keep abreast of language as it becomes accepted in the English language.

The Sources page provides details about the most frequently quoted authors or works in the OED. It is useful as it reveals a lot about the types of sources used by the editors to explain words in context. The Times is the source quoted mostly frequently, followed by Shakespeare and Sir Walter Scott. The New York Times, Nature magazine, John Milton and Geoffrey Chaucer also make the top ten.

The Timelines feature is also useful. Timelines show in graphical form the number of words first recorded by the OED within different time periods. You can see how many words on a given topic enter the English language over a fifty year period e.g. When do you think more military words entered the English language than any other period? It was 1900-1949.

The Subject, Region, and Origin menus can be used to display timelines for different categories and subcategories. e.g. you can find out which words originally come from the South East of England (or are recorded in sources from those areas) e.g. lady-lords is a Kentish word for wild arum (recorded in 1887).

There are more instructional videos available via the OED site.

An accessibility statement is available from Oxford University Press.

Your Learning and Research Librarian will be able to help you make the best use of online resources. Email with your query or, for detailed guidance, book a tutorial.