How a growth mindset can help you succeed academically, even in lockdown..

How a growth mindset can help you succeed academically, even in lockdown.. 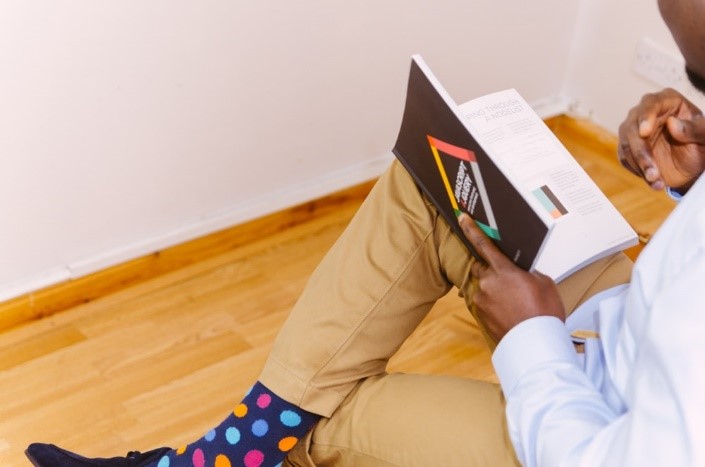 These are difficult times for students. Studying in isolation can be hard. Not having regular face to face contact with your tutors and other students, having no-one help you develop your work or to bounce your ideas off all can leave you feeling a bit lost or lacking direction. Worse still, isolation can turn your focus inwards and lead to periods of self-doubt and concerns about your intelligence and ability to handle academic work. Never fear – this little guide to growth mindsets may be able to help you move past those problems and keep you on the path to academic success.

What is a mindset?

The idea of mindsets comes from the work of Carole Dweck an American professor of education. Many years ago she noticed that learners’ beliefs about their intelligence had a profound impact on the way they approached and tackled academic tasks and challenges. She noticed that some students believed that they were born with all the intelligence they would ever have, that people were either smart or they weren’t, and that there was nothing anyone could do about it.  Other students held different beliefs – that your intelligence wasn’t fixed, that it changed over your lifetime and that you could do things to make yourself ‘smarter’.

More importantly, she noticed that learners in the first group tended not do as well as learners in the second, particularly in dealing with new or challenging academic tasks.  She found that they preferred to stick with what they knew, didn’t like asking for advice, and avoided situations where they might not succeed. Learners in the second group, however, tended to do better academically, were more likely to ask for guidance to help them improve, and saw their failures as part of the learning process which would help them become more successful students.

She said that the first group had ‘fixed mindsets’ and the second, more successful, group had ‘growth mindsets’. Forty years and hundreds of research papers later, Dweck’s ideas about mindsets are regarded as generally confirmed, although they aren’t quite as simple as she first thought. Nonetheless, it appears that students who adopt a growth mindset approach to their learning tend to do better academically than those with fixed mindsets. The growth mindset approach is currently in use many institutions around the world and large corporations such as Microsoft have made it part of their business and training philosophy.

So how does it work? Well, evidence from neuroscience on how the brain works, which didn’t exist when Dweck started her work, indicates that when we learn anything new the brain lays down fresh pathways and changes its structure as a part of the learning process. As we practice new tasks these pathways become stronger and the more we do something the easier it becomes.

This change is called ‘neuroplasticity’. If you can drive a car or play a musical instrument, think about what you were like when you started and how you improved with time. The changes in your ability come as a result of your brain changing itself through the learning process.

It used to be thought that this laying down of new pathways only occurred in children and more or less stopped during early adulthood. Modern research suggests that it goes on throughout our lives and it isn’t limited to physical skills: Intellectual tasks also affect brain development and growth.

What difference does having a growth mindset make?

Stop for a moment and think about this. If you believe that you’re as intelligent as you are ever going to be, when you’re confronted by a new and challenging learning experience how are you likely to react?  Conversely, in the same situation, even if you don’t know the neuroscience, you believe that new and challenging learning experiences also offer the chance to grow your intelligence how might you behave?

In the fixed mindset scenario the first reaction is often one of fear: fear that you’ll get things wrong or make a mistake. Fixed mindset learners in these situations will often avoid the task, they will procrastinate or disengage altogether. If the skills they possess aren’t able to solve the problem they face, they will often just give up and will try to explain this behaviour by describing the task itself as stupid, boring or just too hard. The one thing they won’t do is risk demonstrating that they aren’t as clever as they think they are.  In short, their brain will never get the chance to go to work and do what it does best: learn new things and change in response to challenges. ‘Mistake-ophobia’ holds fixed mindsets learners back academically.

In the second, ‘growth mindset’ scenario, the response is the opposite. If you believe that the outcome of an intellectual challenge will be a smarter you, then you’ll welcome it. You’ll let your brain do its thing and be more persistent in trying to get the result you want.  Although it may involve a bit of a struggle at first, you will usually get closer to where you want to be; you will be happier and so will your brain!

According to Dweck there are other processes which flow from the belief that intelligence is ‘malleable’ and can grow over the life course. Students with growth mindsets beliefs behave differently and show important characteristics that contribute to their academic success. For example, when their learning throws up a problem they tend not to give up and walk away. If the intellectual tools they have can’t help them, they look for different ones or ask for advice from peers or tutors. They will try different ways of approaching a problem and keep going until they find a way that gets them the outcome they want.

This is because they see learning and intelligence as a processes. They implicitly understand what Dweck calls ‘the power of yet’. Just because you can’t do something now, doesn’t mean you’ll never be able to do it, you just can’t do it yet.   And what’s more, the research of Dweck and others seems to show that the students often perceived as the most academically disadvantaged for economic or other reasons often benefit the most in terms of grade improvement from adopting growth mindset beliefs.

A small example of the difference – students researching an essay using Google might do a search based on the title of the essay, say ‘Critically discuss the role of evidence in good nursing practice’. If their search doesn’t bring any or only a few hits, a fixed mindset student might give up searching or work with the few hits they did find, produce a poorly researched essay and complain to their tutor that there was nothing on Google about the topic.

A growth mindset student will solve the problem of too few hits by rewording or breaking down the title: ‘evidence in nursing’, ‘the uses of evidence in nursing,’  ‘evidence-based nursing’ and so on. If this doesn’t work, they might change where they look by moving from Google to other databases. They might look at the references cited in the books and papers they did find. They might ask other students or their tutor about  good places to find sources.  Growth mindsets students tend to apply flexible strategies and persistence across the learning process.

Developing a growth mindset isn’t difficult but it does require a willingness to change and the motivation to succeed. For all the problems lockdown causes, the period away from other students is a really good time to reflect and think about how you might make a positive change to your learning, where you want to be in the future, and how you might get there.

Adopting growth mindsets beliefs can help you succeed all the way through your academic career.

Kumar S (2019)  Neuroplasticity and its role in learning and memory Available at https://elearning.adobe.com/2019/05/neuroplasticity-role-learning-memory/