Keeping Secrets (you should be so lucky): Kylie Minogue, Langton Boys Grammar School and the Mary Braddon Archive 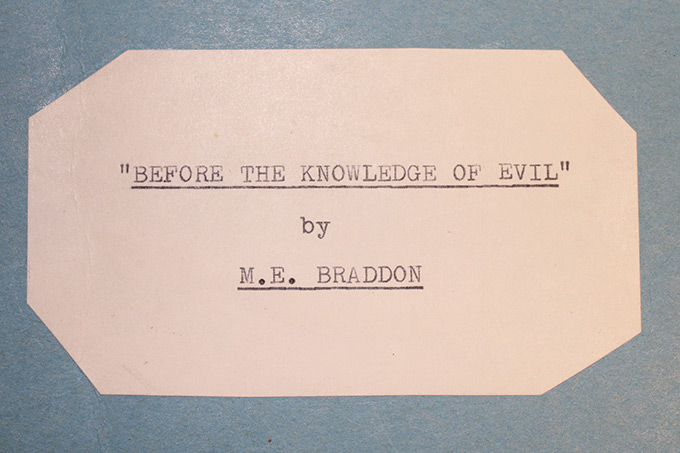 It’s November 1988 and a 16 year old girl writes in her diary that Scott and Charlene have got married in Neighbours and that she cried. Her headmistress is also going on about the American election, but no one’s really interested.

So what can archives tell us about the past and how reliable are they? Almost thirty years after these events we invited ten of the sixth form from Simon Langton Boys Grammar School in Canterbury to come and explore the Mary Braddon Archive held by the International Centre for Victorian Women Writers. With the aid of librarian Michelle Crowther we looked at account books, letters and publicity photographs to explore the life of a woman writer over a century ago.

Braddon, who died in 1915, is most famous for her 1862 novel Lady Audley’s Secret (for the alternative ICVWW ending see Lady Audley on Trial. But in her own time her personal life made her as notorious as one of her own heroines. While she called herself ‘Mrs Maxwell’ it was some years before she was able to marry the father of her children, whose first wife was insane. Comparing publicity photographs, unauthorised caricatures and personal correspondence helped us to think more critically about the ways celebrity authors tried to curate a public image for themselves long before the rise of the professional agent or social media as we know it today. In one photograph Braddon is apparently writing her next novel – with a quill pen and a single sheet of paper perched at a strange angle on her knee. Not falling for that one for a start. 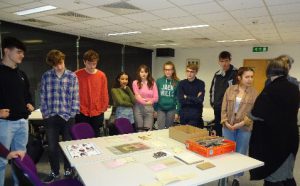 After lunch the students were given a manufactured ‘archive’ of genuine but unrelated items including postcards, a neo-Victorian novel (would they spot the bus ticket cunningly hidden as a ‘clue’ to where it had been read?), a diary and a fifth form timetable. Using the skills they had acquired they were invited to set to work researching this archive. Who is the likely recipient of the postcard and why has the writer chosen this particular one? Do all English teachers admire Wilfred Owen? What is the target audience for the novel and what does this tell us about gender norms?

Several of the students used online sources to help them think about the context of the material, and the day finished with a demonstration of how digital archives are transforming academic research.

And the girl who cried in Neighbours? She is now Professor of Victorian Literature and Director of the ICVWW. Some of those nineteenth century novels are real tear jerkers.