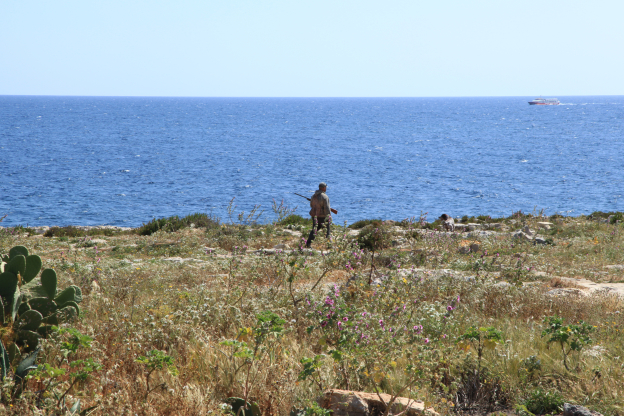 On the tiny Mediterranean island of Malta, hunting birds is a big issue. The islanders have just voted in a referendum by a margin of just 1% to allow the continuation of the Spring hunting season. The season is 19.5 days long, over which period hunters are allowed to shoot up to 11,000 turtle doves and 5,000 quail. Although Spring hunting is outlawed by the EU Birds Directive, Malta applies each year for a short period of exemption, an arrangement dating back to their admission negotiations a decade ago.

Last year UK naturalist and TV presenter Chris Packham fronted a high profile campaign against the practice. Voices as diverse as Queen guitarist Brian May, former ‘Goody’ Bill Oddie (if you are over 40 you’ll get the reference) and The League Against Cruel Sports joined the chorus of criticism.

Whilst I am no fan of the hunt I am also uneasy at the vilification of the hunters (Malta’s very own ‘rednecks’ as one critic referred to them). Campaigners have again been quick to describe the hunters as ‘evil’,   ‘murderous’, perpetrators of an ‘avian apocalypse’ and much else.

Many of the campaigns, such as that by the UK’s League Against Cruel Sports, look to the EU to do something about the hunters. The EU is a relatively undemocratic and distant institution. It is far better if this Maltese mini culture war is played out in the confines of Maltese society and polity. Here Maltese people can decide, democratically, on what is and is not allowed on their soil. That is what the referendum represents, and therefore holding it was positive. Given the scale of the issue on the island, and that it is not a clearly party political one, the referendum (forced by a petition from the anti-hunting lobby) shows the strength of Maltese democracy.

After all, this has long been a hot issue on Malta. The vote in favour of allowing the Spring hunt was very close. It shows that almost half of the Maltese people want an end to the hunt. They have a good reason for doing so. A beautiful Spring walk through the countryside is fraught in hunting season. A weekend camping trip or a barbeque may be spoiled or more likely simply be a non-starter. Bear in mind that Malta is the most densely populated country in Europe. There isn’t a great deal of accessible land for leisure, and a considerable amount comprises hunting grounds. Some see hunting as a hangover from the past, something that modern Malta should move on from as soon as possible.

Against this many Maltese enjoy hunting, and see it as a tradition they want to hold on to. There are some 9,000 registered hunters on the archipelago, out of a population of 450,000. Hunting is far more controlled than in the past, and it is not a growing pastime.

I wonder whether the high-profile intervention from British and other European campaigners over the last 12 months and beyond helped or hindered the anti-hunting cause? Most Maltese people are proud of their country and its customs. I have recently spoken to some who are against hunting and others certainly not advocates of it who were also highly critical of the arrogance of campaigners, many of whom condemned hunters as barbaric and even floated the idea of boycotting Malta’s staple tourism industry. Quite a few critics followed the lead of Queen guitarist Brian May who described the practice as ‘another manifestation of the vestiges of savagery in humans’. Mark Mifsud Bonnici, runs a hunting association in Malta and understandably feels: ‘We’re being depicted as a breed that is separate from everyone else, that we are not human anymore, that we are public enemy number one.‘

The referendum is a victory for Maltese democracy. It was accompanied by a high turnout (75%) and a follows a vigorous debate. The result has been gracefully acknowledged and respected by Maltese anti-hunt campaigners even though they were narrowly defeated. Not so Chris Packham, who inverted reality, tweeting that ‘democracy failed’ and that an ‘evil minority’ won.

That victory for the hunters may be relatively short-lived. There is evidence that younger Maltese are significantly more anti-hunting than others. The referendum can be repeated after two years. Perhaps during that period commentators and campaigners outside of Malta could refrain from portraying hunters as barbarians and show some respect for the democratically expressed wishes of the Maltese islanders.