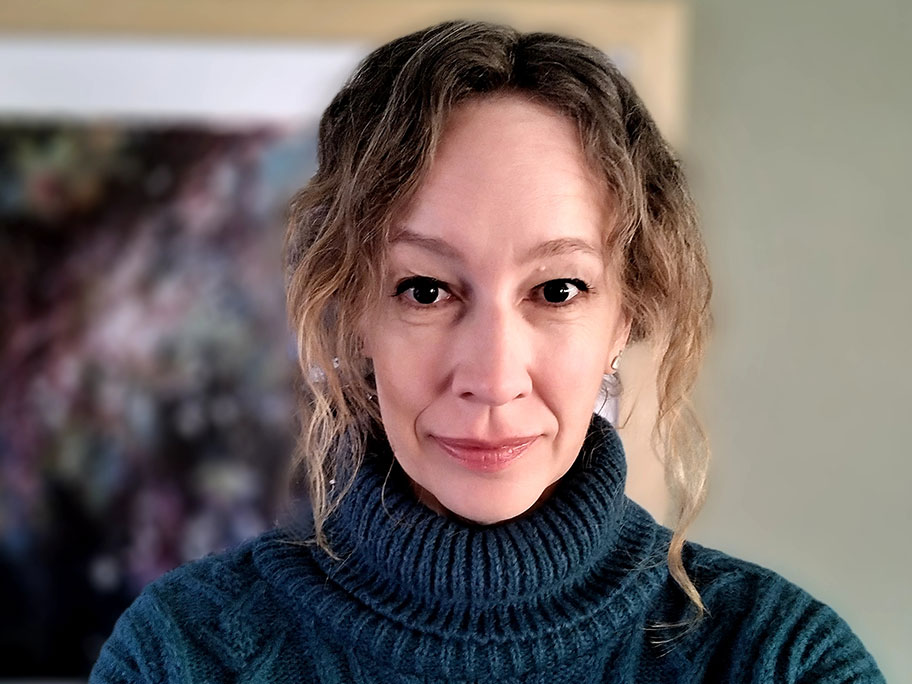 I’ve worked at Canterbury Christ Church University in various Professional Services roles for many years. My current job is in the Quality Office in the Faculty of Arts, Humanities and Education. But when I’m not in the office I’m also a writer, tutor and editor.

My debut novel, Hive, was shortlisted for the 2019 Exeter Novel Prize and published in January 2022. The book is set in Kent, in the near future, during a time when climate change has led to food shortages and civil unrest, and pollinating insects are in steep decline. The story focuses on a small group of characters as they navigate their way through a world in which survival is increasingly challenging. Victor, a commercial bee farmer, and Annie, a research entomologist, unexpectedly find themselves working together in a desperate attempt to ensure a harvest. The plot is driven by the declining bee population and its knock-on effect for pollination and food supply. All of the characters’ lives are defined in some way by their relationship to bees. While it’s not an easy journey for any of the characters, ultimately this is a story of hope, of ordinary people with enough courage and inventiveness to believe they can make a difference. And it’s not too late for us to turn things around either – although according to the recent IPCC Climate Change report* time is definitely running out.

The idea for this book brewed for some time – like most of us I’m worried about the increasingly frequent reports about the damage we’re doing to our planet, and warnings about pollinator decline have been in the news for years. (And yet – at the beginning of the month the UK government has authorized the use of neonicotinoids which are known to harm bees**. This pesticide has been almost entirely banned in the EU.) Writing Hive allowed me to channel some of my anxieties into a fictional world – a way to try and make sense of things that were haunting me.

I think I’ve always been a writer, but I decided to get serious about it when I applied for a place on the Creative Writing MA offered by CCCU. The opportunity to learn alongside other writers was invaluable, as was the support and expertise offered by our tutors. I’d never really showed my writing to anyone before and sharing my work with the rest of the group was a challenge, but I found the constructive feedback seminars incredibly useful. It was a first step in putting my writing out into the world.

The revising and editing skills I learned during the MA have stood me in good stead. From the first draft of Hive to the final published version there have been many (MANY) drafts and redrafts, and it was good to learn early on that this difficult, yet necessary work is all part of the process. I know lots of writers who enjoy doing edits, but I’m not one of them. For me, the excitement is all in the first draft, and what follows sometimes feels like a terrible slog. However, with each new thing I write, I find that I’m able to embrace the revisions a little more wholeheartedly. Come back to me in ten years and who knows – maybe it will have become my favourite part?

April’s short stories have been published in women’s magazines in the UK and Australia, and her short story Elsewhere was published in an anthology Tales From Elsewhere in 2016. Her short story Rise on the Wings was longlisted for the 2019 Mslexia Short Story competition. April taught Creative Writing and Life Writing at CCCU on the Faculty of Education’s Community Adult Education project from 2012-2018.