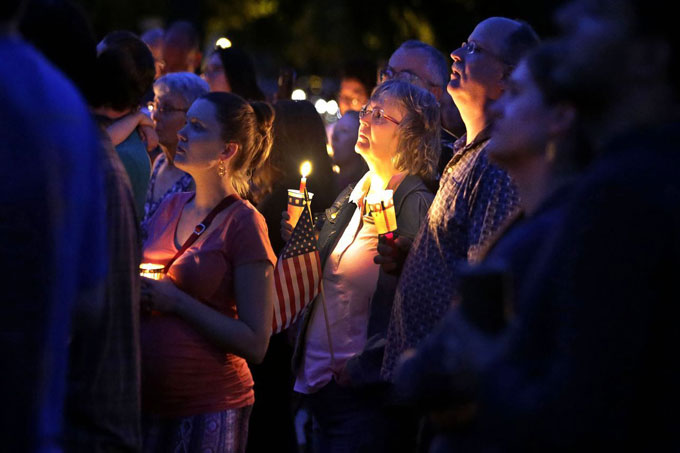 Dr Elaine Brown argues that attacks by right wing extremists should be labelled as acts of terror.

Another act of right wing terror, another failure of the President of the United States (POTUS), to identify and condemn as such. This weekend Charlottesville (Virginia, USA), was the most recent western city to feel the wrath of a terrorist.

It is a sick world we live in when we can’t express our political perspectives peacefully without the threat of violence and loss of life. Perhaps, what makes right wing attacks more shocking is the reluctance of political governance to label it for what it is.

Politicians are quick to call acts of Islamic extremism terror, but not right wing. Preferring to rely on explanations embedded in mental health, or omission entirely, such as the Portland USA attack where three innocent men had their throat slit by a right wing extremist.

National Security Adviser HR McMaster said on Sunday: “Anytime that you commit an attack against people to incite fear, it meets the definition of terrorism”.

USA have multiple definitions of terrorism: Department of Defence, National Counter Terrorism Strategy, and United States Congress Code. The USA PATRIOT Act (2001) also provides legal definition. It is the equivalent of the Terrorism Act (2001) here in the UK; they differ slightly in rhetorical writing but semantically emphasis key variables:

White supremacism is not a new terrorist concept for the USA .What we are seeing is a new level of supremacism, where innocent people of all ethnicity, peacefully protesting, are becoming the targets of intolerance. This is a violation of the constitutional First Amendment, a right which should extend to all American’s by definition.

The death of democracy and free thought seems nigh and we must wonder if we will survive expressing political perspectives. Arguably, a key factor is a lack of legal and ethical leadership.

Perhaps, we need a reminder of some foundations of free speech and equal rights. Voltaire in the Essay on Tolerance (1901) wrote: “Think for yourselves and let others enjoy the privilege to do so too”.

Equally, Evelyn Beatrice Hall (1906), summarized Voltaire with the expression: “I don’t agree with what you say but I will defend to the death your right to say it”.

As acts of terror increase annually at a domestic and international level, one would expect that the establishments accountable for managing and reducing the threat of further violence in the name of advancing political agenda would be capable of identifying them appropriately.

POTUS is dangerously cherry-picking how to utilise domestic law and legislation. Ethically and morally lacking a level of relativism towards acts of violence which threaten civilian life in the name of a political agenda. This will do nothing to lessen right wing extremism.

It is time we label right wing attacks for what they are: acts of terror which steal the lives of people who had everything to live for in the name of coercively influencing political agenda and creating fear.

Dr Elaine Brown is a Senior Lecturer in the School of Law, Criminal Justice and Computing.