Of educational premiums and community values.

Of educational premiums and community values. 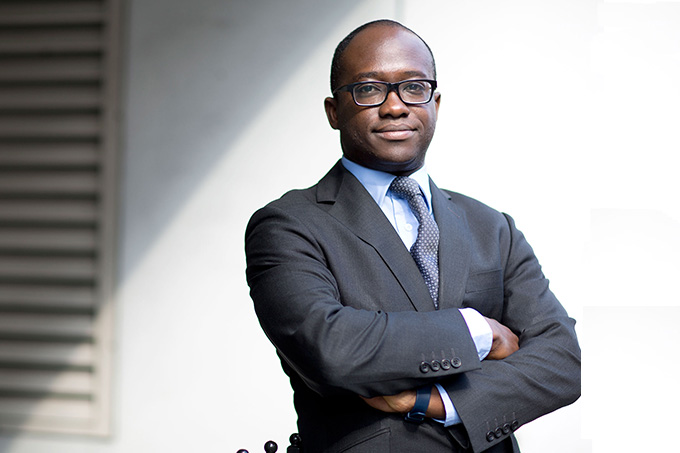 Professor Amelia Hadfield welcomes Sam Gyimah, MP, Minister for Higher Education, to the University and starts the ball rolling with a few questions.

On Thursday 8 March we welcome Sam Gyimah, the new(ish) Minister for Higher Education to the University.

Sam has to balance the demands of the Department for Business, Energy and Industrial Strategy (BEIS), and the Department for Education. It’s an interesting mix, and one that gives us at Christ Church a prime opportunity to discuss a range of questions about the role of universities, and the changes we may see as a result of Brexit.

The Minister has rather bravely requested that our students put questions to him during the evening (that’ll teach him), as well as being given the opportunity to ask them a few queries of his own (that’ll teach them). Thanks to the vagaries of the EU semester system, I am unfortunately going to miss this seminal event, but all the same, I’d like to outline a few key points in blog form, to get the ball rolling for Thursday.

My first instinct would be to ask the Minister if he’d had the chance to read a recently published book, entitled A University Education, by one of his predecessors: the former higher education minister in the Conservative-Lib Dem coalition, and now Conservative Peer, David Willetts.

Given that Lords Willetts is best known for nearly trebling tuition fees to £9,000 a year in 2012, this may appear somewhat anarchic reading among the student population, but hey, I work in the Politics programme, what else is new.

After a critical overview of the state of English universities, Lord Willetts makes two interesting suggestions, both of which I’d be keen to know the Minister’s views on. The first is a robust defence of the value of a university education; and the second argues that the provision of higher education should be expanded far further.

The first question is a flat-out challenge: does a university degree count for much, anymore?

Willetts suggests yes. He suggests that the ‘graduate premium’ – the difference between the average lifetime earnings of a university graduate and a secondary school graduate (after accounting for fees and income foregone while studying) – makes a degree absolutely imperative. A successful professional life is generally understood to be boosted by the attainment of a degree. And, as Willetts suggests, degrees are less economically painful than students assume, thanks to government loans and the prospect of long-term, means-tested repayment.

But are degrees value for money? Student numbers continued to grow, post-2012. But I remain uneasy with the simplistic methodology in which the attainment of degrees is expressed simplistically as a ‘return on investment’ in higher education. It’s a bit of a monolithic description when universities around the country differ hugely, degrees themselves vary, job opportunities remain uneven, and earnings continue to range wildly.

Does the minister feel, as I do, that we run a risk of overstating the graduate premium, and in doing so, simultaneously overestimate the wider benefits that young people get when at university; while underestimating what we as educators ought now to be teaching them?

Willetts encourages us to think more holistically, in terms of education as an inter-generation public good, and of degrees as simply one way into society.

Good stuff, but let’s take Willetts’ argument to its logical conclusion. Degrees are indeed valuable, but they are equally not the only method by which knowledge, insight, skills and training can be imparted by universities and colleges.

Ought HEIs in the UK to be considering a broader spectrum of offerings in the medium term? In many HEIs the world over, association degrees, diplomas and certificates, micro-credentials, vocational courses are now situated alongside the existing structures of current degree courses. The Economist recently quoted Andreas Schleicher, the OECD’s head of education research, who suggested in the OECD world: “countries have skills shortages, not degree shortages”. Food for thought.

Second, higher education can and ought to be expanded further. What are the Minister’s views on this?

Whether research-led, or teaching-led, or (ideally) a combination of both, British universities perform a key role as providers of informed thinking, of critical appraisal and of objective analysis across the entire gamut of available disciplines. As I recently suggested, as educators, we also have a duty of care at the local level to support those communities in which we serve.

Universities add value, because of the value – rather than merely the premium – we place on knowledge, tolerance, and diversity, from ideas and philosophies, to students and communities.

Refitting the curriculum is one way forward. But reaffirming the very real need to continue to engage with students across the entire social spectrum, from both privileged and challenged backgrounds is the key. As is engaging with the diverse regions in Europe, and beyond, from which our students come.

I can feel a cliché coming on, but there is something appealing in the parallelism of thinking both locally, and globally. A more elegant rendering is perhaps that we at Christ Church need to balance our commitment to building a diverse student population that is representative of our wider local community, whilst acknowledging that the simple ability to move around – that of ‘mobility’ – whether near or far, is absolutely vital.

More than any other sector, higher education (alongside research and development) requires European and international mobility of students and staff.

My final query to the minister (who is by now delighted that I’m stuck in Brussels and not there annoying him in person) is whether he’ll acknowledge that the rights of EU nationals in the UK (and UK nationals in the EU), as well as continued access to European funding mechanisms, are together central to the ability to recruit talent and work collaboratively for the benefit of higher education now and in the future.

Now that’s a premium I’m happy to buy into. As John F. Kennedy famously argued: “Our progress as a nation can be no swifter than our progress in education. The human mind is our fundamental resource”.

Amelia Hadfield is Professor of European and International Relations and Director of the University’s Centre for European Studies (CEFEUS).